Tracy’s next role came around when she married and had three children. During this time, Tracy served as a substitute teacher and homebound tutor. She is proud to say that all three children participated in collegiate sports. Two of her children are currently completing their master’s degrees and one is at the United States Naval Academy.

As a Pirate, Tracy started the Lifeguard program. She also certifies employees of District 209 in CPR/AED, and is the sponsor of Key Club, Intramurals and is a Behind the Wheel instructor. 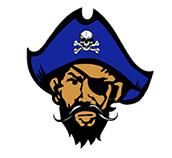 Mr. Analitis is certified in physical education, health, and driver education. Having played semi-pro football, along with many intramural sports, Mr. Analitis aims for his students to maintain lifelong fitness and health during and even beyond high school. As a father of two young children, Mr. Analitis understands how physical education can lead one down a path of physical success, starting at a young age, and developing into positive experiences throughout life.

In his classes, he encourages leadership, teamwork, sportsmanship, respect for others, positive attitudes, and willingness to compete at a high level. While he holds high expectations for his students, he does not expect each student to be the best, but he expects them to try their best.

Mr. Vashinko joined the Physical Education Department in August 2018.  He received his Bachelors of Arts degree in Physical Education from the University of Dubuque in Dubuque, Iowa.  He also has endorsements in Driver Education, Health and Special Education Learning Behavioral Specialist 1.