Dr. Patrick Hardy was born in Chicago, Illinois, and began his career in education 23 years ago.  While a member of the Apostolic Faith Church in Chicago, IL. Dr. Hardy was greatly influenced by his pastor Bishop Horace Smith, M.D., a practicing Oncologist, who placed a high emphasis on the importance of formal education. Dr. Smith’s message and example encouraged Dr. Hardy to pursue his education.  Currently, he holds a Bachelor of Arts degree in History from Xavier University of Louisiana, a Masters of Education Degree from Harvard University’s Graduate School of Education, a second Masters of Education degree specializing in school administration from Cambridge College, and a Doctorate of Ministry specialized in Pastoral Studies from Andersonville Theological Seminary.  Dr. Hardy also earned a second doctorate, a Ph.D. in Education at Capella University, where he graduated with the designation “Graduate with Distinction.”

Dr. Hardy began his career in education as a teacher in the Boston Public School district.  Since then, he has also worked as an Assistant Principal, Principal, and Assistant Superintendent in both the Rockford and Freeport Public School Districts.  Patrick is the recipient of the Those Who Excel Award for outstanding school administrators and the Distinguished Citizen Award given by the Black Hawk Area Council of the Boy Scouts of America.  He was named the 2018 West Cook Region Principal of the Year by the Illinois Principal’s Association and named a 2018 Marguerite F. Key Fellow by Northern Illinois’ College of Education.

Dr. Hardy considers it an honor to serve as the principal of Proviso East. Since his arrival, Proviso East has significantly decreased the number of incidents resulting in out-of-school suspension and decreased the number of days of out-of-school suspension. The school increased the number of Advanced Placement courses from 3 to 16 and increased the number of honor roll students. Dr. Hardy led the successful reorganization of Proviso East into four College and Career Readiness Academies, each with multiple unique programs of study. As a result of his leadership and urging, the school increased the number of student clubs and activities from 6 to 52. Proviso East is proud to have posted a +90% postsecondary placement for the last three years. Having transformed the school’s culture and climate, Dr. Hardy is leading the shift to a more targeted focus on academics. Proviso East joined Illinois’ first high school cohort of the state’s Competency-Based Education Graduation Requirements pilot. The school is transitioning instruction from a traditional model to a personalized competency-based approach. Dr. Hardy pursued a partnership with the famed educational researcher and scholar, Dr. Robert Marzano and his Marzano Academies, Inc. Proudly, Proviso East High School was recently named, first Marzano Academy High School in the nation for Personalized Competency-Based Education. Dr. Hardy hopes to continue leading Proviso East High School to a new era of teaching and learning that will positively impact students for decades to come. 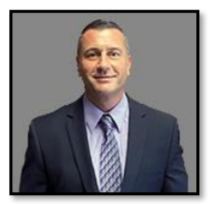 Dr. Brandon spent 12 years in the classroom and 9 years in Educational Administration serving others with the belief of total and unequivocal altruism in the capacity of Assistant Principal, Interim Principal, Summer School Principal, Elementary Principal, 2-time successful High School Turnaround Principal, and Director of High Schools, Career and Technical Education, and Adult Education.

Dr. Brandon is passionate about fostering fair and equitable student opportunity and success as it relates to athletics, academics, career and technical education, extra-curricular, and co-curricular opportunities. Dr. Brandon considers it a distinction and honor to serve as the Assistant Principal of Educational Services.

Mr. Alexander Aschoff began his teaching career here at Proviso East in August of 2004.  He is certified to teach Chemistry and Physics.  He received his Bachelors Degree in Chemistry Education from Illinois State University and he earned his Masters Degree in Educational Leadership from Concordia University of Chicago.  He has coached the Wrestling and Golf Teams.  He was the a former sponsor for the Rock Club and the National Honor Society.  Mr. Aschoff currently serves as the Division Head of the Science, Technology, Engineering, and Math Academy as well as the Empower Liaison for Proviso's Learning Management System, Empower.  His goal is to expose students to the amazing wonders that science brings to our everyday lives through fun and challenging experiences.  Embrace your curiosity by questioning everything you observe.

Mr. Aschoff resides in Lombard with his lovely wife and three children.  As a family, they love to travel and their favorite spots involve water and lots of sun.  Mr. Aschoff has traveled to 45 different states and several provinces of Canada.  His favorite thing to do (other than chemistry experiments with fire) is to ride one of his two motorcycles anywhere with a road. 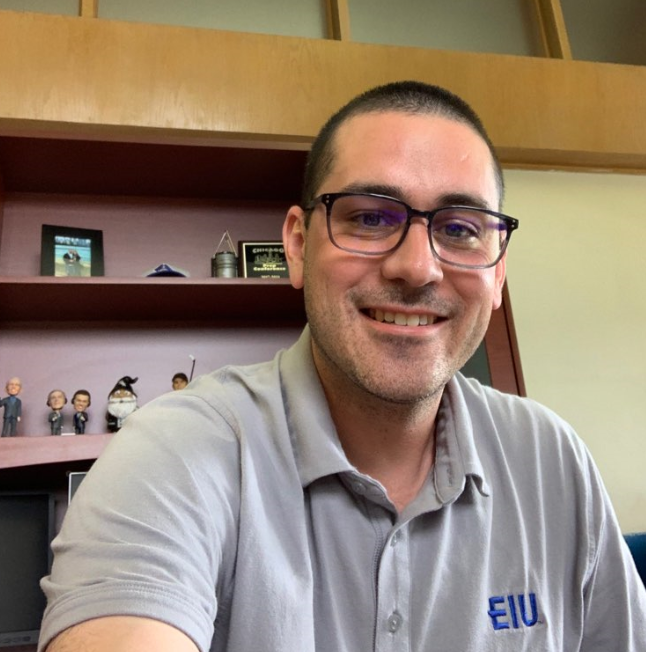 Mr. Michael Wollney is the Division Head for Business and Human Services.  He started his career in education 14 years ago.  He studied Physical Education and Health at Eastern Illinois University.  He worked at CICS Northtown Academy Teaching Physical Education and Health from 2008-2018.  Michael coached Cross Country, Tennis, Softball, Baseball and Basketball.  As Boys Basketball Head Coach, he led the Pumas to one Conference Championship and was named Chicago Prep Conference Coach of the Year in 2017-2018. 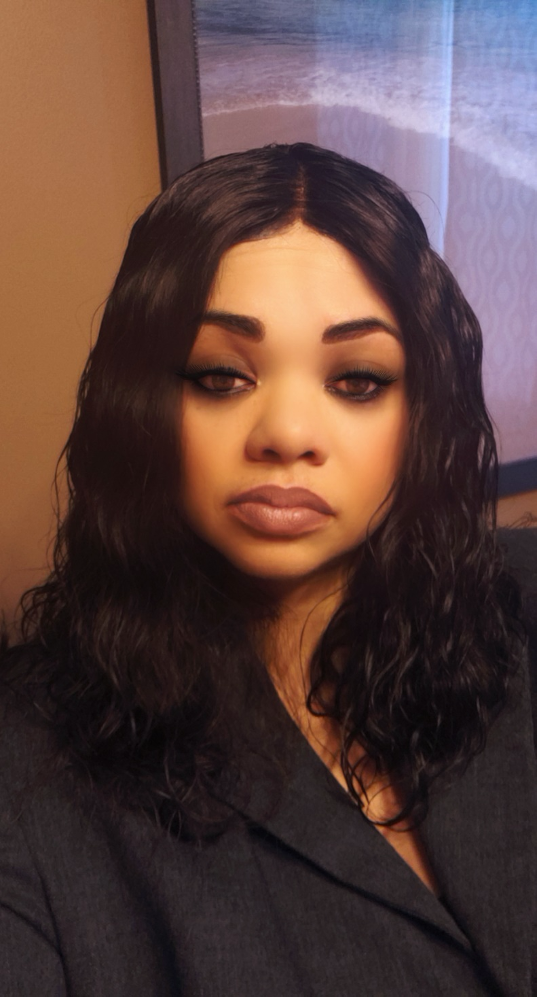 Ms. Lee-Diaz began her career in education as an English teacher in the Chicago Public Schools System. She has over fifteen years of teaching experience that has spanned from grades K through 14 along with numerous work experiences within education which include Principal, SAT/ACT Prep Coordinator, Curriculum Writer, Professional Development Specialist and Team Leader. Ms. Lee-Diaz is a proud graduate of Proviso East High School (PEHS). Prior to returning “home” to PEHS, Ms. Lee-Diaz served as principal in a K-5 building in a neighboring school-district. During her tenure as principal her school successfully moved from underperforming to commendable as designated by the Illinois State Board of Education for two consecutive school years. Previously she worked at the esteemed Illinois Mathematics and Science Academy as the Statewide Educator Initiatives Partnership Manager for Professional Field Services. As the partnership manager, she provided training and professional development for current and pre-service Illinois educators. She has published educational articles and presented at conferences.

Ms. Lee-Diaz has done extensive research on the implementation of balanced literacy programming and culturally responsive pedagogy. She has a burden for historically underrepresented populations and believes wholeheartedly that all scholars can learn and should be offered excellent education.

Dr. Melvin Caldwell is the Dean of Students for the Arts and Communication Academy. He has been involved in education for over 18 years. Dr. Caldwell holds a Bachelor of Science in Political Science from Illinois State University, a Master of Social Work from Loyola University of Chicago, a Master of Arts in Educational Leadership from Concordia University Chicago, and a Doctoral Degree in Educational Leadership from The University of Phoenix. Dr. Caldwell has worked as a school social worker with Chicago Public Schools for many years to help students that were experiencing trauma, grief and loss, family dynamics, bullying, and academic issues. He has worked within multiple communities within Chicago developing community partnerships geared toward advancing student academic growth and social emotional development.

Dr. Caldwell believes all children have growth potential when given the appropriate educational environment. He further believes that through education communities are strengthen and leaders are developed.

Bachelor of Arts degree in Political Science and three Master of Art degrees in History, Secondary Education and Education Administration

Ms. Salandra Crockett is the Dean of students and she has been involved in education for over 24 years. Currently, she holds a Bachelor of Arts degree in Political Science from the University of Arkansas at Pine Bluff and three Master of Art degrees in History, Secondary Education and Education Administration from Roosevelt University in Chicago. Ms. Crockett began her career as a Social Studies teacher and she was the Education to Career Coordinator in the Chicago Public School System. Since then, she became a Dean of Students and Assistant Principal in districts J. Sterling Morton #201, District #218 and Elgin Community School District. Ms. Crockett was also the Principal/Director of Proviso Evening School.

Ms. Crockett grew up in Maywood and Bellwood and she is a proud graduate of District #209, graduating from Proviso West High School. She is very honored to work in the new era at Proviso East especially working with students, parents, staff and the Proviso community. To quote Nelson Mandela, “Education is the most powerful weapon, which you can use to change the world.”

Bachelor of Arts degree in Business Administration and Psychology, Post-Baccalaureate studies in Elementary Education, received a certificate in Computer Technology, a Masters of Art degree in Curriculum and Supervision and a secondary education endorsement in Social Sciences

Ms. Dylester Palm is currently a Dean of Students at Proviso East High School.  She has been in education for nearly thirty years.  She is a native of Chicago, Illinois, where she proudly attended John D. Shoop Elementary School and Morgan Park High School which are both Chicago Public Schools.   After high school, Ms. Palm received a Bachelor of Arts degree in both Business Administration and Psychology from Olivet Nazarene University located in Bourbonnais, Illinois.  Upon graduation, she completed Post-Baccalaureate studies in Elementary Education and received a certificate in Computer Technology through a consortium through Concordia University and City-Wide Colleges.  Later, Ms. Palm received a Masters of Art degree in Curriculum and Supervision from Chicago State University.  Since then, she received a secondary education endorsement in Social Sciences through Brigham Young and Aurora Universities.

Ms. Palm taught Language Arts and Social Studies to grades 7 and 8 at Curtis Elementary School located in Chicago.  She was also department chair and director of after-school academic and social programs.  Ms. Palm was a volunteer assistant speech coach at Proviso West High School for ten years before accepting employment as a Dean of Students and later a Lead Dean at both Proviso West and East.

For five years, Ms. Palm returned to the classroom teaching both Computer Keyboarding and World Civilizations at Proviso East before returning to the position of Dean in 2017.

Ms. Palm is an avid reader and a news junkie.  She enjoys reading and writing poetry.  She also enjoys traveling and spending time with family.  Some of her greatest joys have come from being nominated to Who’s Who Among America’s Teachers six times.

Ms. Palm lives by Ralph Waldo Emerson’s quote, “What lies behind us and what lies ahead of us are tiny matters compared to what lies within us.” She is most aware that greatness lies within the students at Proviso East.